‘Echo 3’ is a 10-episode series by Mark Boal (“The Hurt Locker‎””Zero Dark Thirty‎”), based on the Israeli drama “When Heroes Fly”.

The show stars Luke Evans (The Fate of the Furious) and Michiel Huisman (The Flight Attendant), and centers around two Marines who decide to start their own search & rescue mission after a loved one is taken hostage in South America. The series is set to premiere in late November.

The trailer for Echo 3 goes straight to the point and reveals the desperation of Bambi (Evans), who plays every card possible to try to get in touch with his missing sister Amber (Jessica Ann Collins).

It also shows that Amber got in way over her head on a trip to Venezuela after being kidnaped and held hostage. This prompts her family to join forces in order to save her.

In addition, it looks like Echo 3 won’t shy away from the political implications that surround the South American country, which faces a dire moment in its history.

The series will also touch on how the U.S. deals with covert operations in underdeveloped countries, and how that policy often doesn’t factor in the military members’ personal lives which can get deeply harmed in the process.

The series is created by two-time Academy Award winner Mark Boal, who’s had plenty of experience in penning thriller stories about foreign policy and with complex political implications.

The most famous is the Oscar winner The Hurt Locker, and Boal also wrote the critically acclaimed In the Valley of Elah, Zero Dark Thirty, and Detroit.

Aside from serving as showrunner, Boal will also make his directorial debut with Echo 3. The series is also directed by Pablo Trapero (ZeroZeroZero).

Echo 3 is based on a best-selling novel by author Amir Gutfreund. The novel has already inspired the creation of the Israeli drama series When Heroes Fly, which stars The Boys’ Tomer Kapon and is now available to stream on Netflix. “Persuasion” released a large number of new stills, Jane Austen’s novel is once again made into a movie! 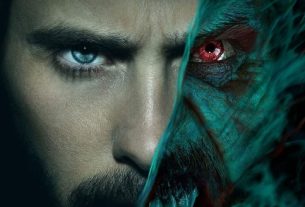 Spider-Man spin-off movie “Morbius” announced to be postponed to April 1, 2022 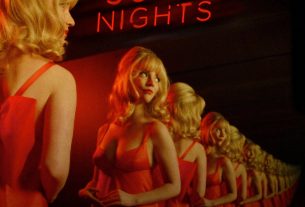