In the newly-released trailer for Welcome to Chippendales, a character is shown saying, “You’re a bad man, Mr. Banerjee,” and that pretty much sums up the entire series. This forthcoming Hulu original explores the true crime story behind the famous male stripper revue, Chippendales, which was founded by Somen “Steve” Banerjee.

The entrepreneur found success in the company, following two failed businesses, and refused to let anything get in his way. This might explain why he was later convicted for attempted arson, racketeering, and murder for hire.

And while Siegel and Nanjiani aren’t the first to tell this story (it was fictionalized in the 2000 film The Chippendales Murder), they have had their eye on the prize for quite some time. In August, Variety reported that multiple scripts have been written for the series, which first started as an indie film with actors like Dev Patel and Aamir Khan were in talks to play Banerjee. After the success of Pam & Tommy, the series got its “second life,” and Siegel wanted to use the opportunity to “say a lot of things about the American dream, about capitalism, about assimilation, and what it means to be an American.”

Nanjiani, who plays the corrupt business owner, joined the project after it gained new momentum, and has called it “the most challenging job” he’s ever done. Teasing his character’s tragic demise, he said, “[Somen] had so many moments where he could have taken the right road and he didn’t. There are five different forks and each time, each crossroad, he took the exact wrong path.”

Here’s everything you need to know about Welcome to Chippendales, including the trailer, release, date, cast, and more.

However, eventually the fun comes to an end, leaving us with a dead body, a loaded shotgun and veiled threats of “burning this place to the ground.”

Thankfully, the Welcome to Chippendales synopsis isn’t too spoilery, which means the big surprises will remain a treat for those unfamiliar with the true story.

The synopsis reads: “A sprawling true-crime saga, Welcome to Chippendales tells the outrageous story of Somen “Steve” Banerjee, an Indian immigrant who became the unlikely founder of the world’s greatest male-stripping empire—and let nothing stand in his way in the process.” 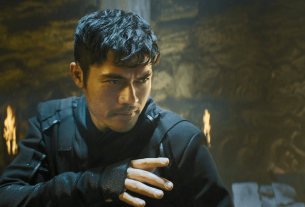 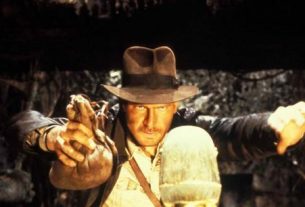