Candace Cameron Bure Addresses Marriage Comments, Blames Everyone But Herself

After receiving backlash for saying that the Great American Family network “will keep traditional marriage at the core,” the actress spoke out for the first time

After departing from Hallmark for the Great American Family channel, Candace Cameron Bure told Wall Street Journal that her decision was driven by the network wanting “to promote faith programming and good family entertainment.” Since then, she’s been criticized by her peers, who have accused the actress of being a “bigot” and exclusionary of the LGBTQ+ community.

On Wednesday, Nov. 16, Bure took to Instagram to address the backlash for the first time. “I have great love and affection for all people. It absolutely breaks my heart that anyone would ever think I intentionally would want to offend and hurt anyone,” said Bure.

“I have long wanted to find a home for more faith-based programming,” she continued. “I had also expressed in my interview, which was not included, that people of all ethnicities and identities have and will continue to contribute to the network in great ways both in front of and behind the camera.”

Bure also pointed out her dismay with the media, including a rallying call in the name of Santa: “It saddens me that the media is often seeking to divide us, even around a subject as comforting and merry as Christmas movies. But, given the toxic climate in our culture right now, I shouldn’t be surprised. We need Christmas more than ever.”

After over a decade, Bure exited Hallmark to follow former Crown Media Family Networks CEO Bill Abbott — and current Great American Media CEO — to GAC Family after the network ran, pulled, and reinstated a commercial featuring a same-sex wedding. The actress’ Instagram statement was posted after several celebrities pointed out that the Great American Family network has no intention of featuring same-sex couples.

In response to the controversy, the LGBTQ+ organization GLAAD weighed in. In a statement, GLAAD’s President and CEO Sarah Kate Ellis said: “It’s irresponsible and hurtful for Candace Cameron Bure to use tradition as a guise for exclusion. I’d love to have a conversation with Bure about my wife, our kids, and our family’s traditions. Bure is out of sync with a growing majority of people of faith, including LGBTQ people of faith, who know that LGBTQ couples and families are deserving of love and visibility.” AMPAS shares behind-the-scenes photos of ‘Titanic’, Kate and Leonardo DiCaprio in their youth 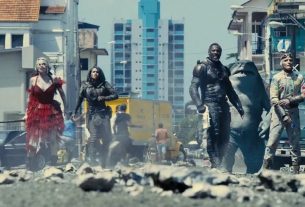