In 2009, a disaster blockbuster “2012” conceived in Mayan prophecy was released.

Although this prediction could not be verified, Roland Emmerich’s powerful imagination produced a very beautiful answer sheet.

California sank into the sea, the USS Kennedy crashed into the White House, the Yellowstone Park volcano erupted, and the sea overflowed the Himalayas…

The investment in the film is about 200 million U.S. dollars, setting the highest funding for disaster film production.

What’s rare about “2012” is that it not only has epic disaster scenes, but also spent a lot of pen and ink to describe the complex human nature in the disaster.

The film also directly led to the rumors that 2012 is the end of the world, forcing NASA to come forward to refute the rumors and calm the panic.

Despite the past ten years, “2012” is still the best disaster movie in the hearts of many fans.

Before “2012”, Roland Emmerich, known as the “Little Spielberg of Germany”, was already the “king of disaster movies.”

In 1994, he directed the science fiction action film “Stargate” and opened his own way of leading Hollywood business.

In 1996, Emmerich’s famous work “Independence Day” was released. The film used a lot of new technologies at the time when the story content was already shocking enough.

Unsurprisingly, the movie became the world’s most watched movie that year, and won the annual box office championship. The scene of the destruction of the White House in the film still makes movie fans talk about it.

In 1998, Emmerich wrote and directed the monster disaster film Godzilla.

“Godzilla” received nearly 300 million US dollars in box office worldwide, and also won the Best Director Award for the 2012 Poster Stills Voted by the Audience at the European Film Awards.

Then there is the classic disaster film “The Day After Tomorrow”.

Before this movie, no one knew that natural disasters could be made so specific and terrifying.

The frozen Statue of Liberty poster in the film has also become a favorite of movie fans.

After the movie was released, Emmerich said in an interview that “2012” would be his last disaster film.

“I put all the elements that can be used in the disaster film into this movie.”

“I don’t know what else will be available in this field in the future.”

But I’m sorry, “The King of Disaster Movies” is not so easy to let the audience go.

In 2022, he came with his latest disaster film “Moonfall”.

Worried that all the elements of the disaster film on the earth are all used up, it’s boring to watch too many?

Then put your eyes on the universe. This time it is no longer the earth’s own trouble, but the moon is looking for trouble.

On September 2nd, “Moonfall” released its first trailer. Whether it is the main creative team, the content of the film, or the presentation of the screen, “Moonfall” has achieved the ultimate.

The main lineup of “Moonfall” can be described as the top lineup in the disaster film.

The screenwriting team includes Emmerich himself, as well as his queen producer and screenwriter. Harald Kloser, who has written “2012” and “The Day After Tomorrow”, and Spenser Cohen, the screenwriter of “Welcome to Harmony”, co-authored the script.

Needless to say, “2012” and “The Day After Tomorrow” must have their names in the classic disaster films of film history.

The “Moonfall” script was conceived very early, and while “Independence Day: Resurgence” was still in theaters in 2016, Emmerich was already preparing this new disaster film.

After the script came out, it was looted. In the end, Universal defeated Sony and successfully won the copyright. Lions Gate Pictures won the distribution rights.

“Moonfall” is also on high-profile sales at the Cannes Film Festival, and the film is scheduled to be released worldwide in 2022.

Secondly, the investment cost of “Moonfall” is about 136 million U.S. dollars (about 870 million yuan), and the leading actors are all acquaintances.

In order to create this super shocking disaster blockbuster, the film investment cost as high as 136 million US dollars, the leading actors are also our old acquaintances.

Halle Berry, the first black actress in history to win an Oscar for Best Actress, played the role of an astronaut in the film as the director of the National Aeronautics and Space Administration. She provided important clues for this mission to save mankind.

Josh Gad plays a high IQ Frankenstein who can accurately calculate that the moon has deviated from its original orbit.

There is also John C. Bradley in “Game of Thrones” and Donald Sutherland, the Oscar lifetime achievement award winner.

In addition, there are Chinese artists joining in the film, and Kelly Yu, who plays the leading role in “The Ex-file: The Return Of The Exes”.

But judging from the trailer, Kelly Yu doesn’t have many roles.

In the end, the plot is shocking enough, and it is not enough to destroy the earth, this time even the moon has suffered!

After talking about the hardware configuration, let’s talk about the highlight of the movie-the plot.

“Moonfall” tells the story of the moon being driven by a mysterious force to leave its original orbit and fly towards the earth. The gravity is unbalanced, and the earth is like a doomsday.

When everyone was desperate to give up hope, a seemingly mob decided to start a final battle to defend the earth and mankind.

The classic start of a disaster movie, but this time it’s a bigger one. The extreme cold in “The Day After Tomorrow” and the multiple disasters in “2012” are no more. The moon hits the earth directly, you can’t even run. Place to run.

Perhaps the only solution is “The Wandering Earth”.

To put it far, although there are not too many disaster scenes in the trailer, the only few scenes are enough to shock.

For example, the image of looking at the earth from outer space

Such as the satellite being crushed

The picture of the moon and the earth getting closer and closer is very oppressive.

Similarly, in “Moonfall”, in addition to the spectacle of natural disasters, there is also the complexity of portraying human nature.

Patrick Wilson plays an old astronaut who has lost the trust of NASA, but resolutely chooses to lead the team to the moon in the face of the disaster.

Donald Sutherland plays the gatekeeper to the secret archives of the National Aeronautics and Space Administration, struggling to tell the world the truth about the Apollo moon landing in the early 1970s.

Today’s disaster movies are rarely made of pure natural disasters.

Zombies, the proliferation of apocalyptic themes, we have not seen on the big screen for a long time, the shocking images brought by natural disasters.

“Moonfall” will be released in the United States on February 4th, 2022. 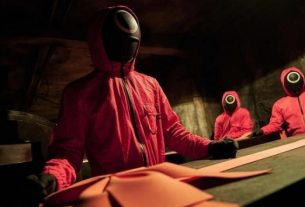 “Squid Game”: Schools in many countries have issued a warning not to let children watch it 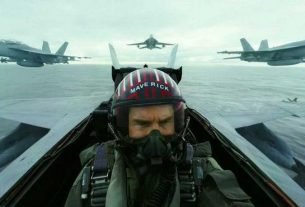 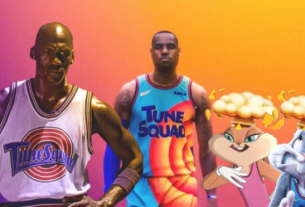