Since the Korean drama “Squid Game” premiered in mid-September, it has been “high fever”.

Over there, it topped Netflix and conquered global audiences.

Here, it constantly screens on social platforms, which makes it hard for you not to pay attention to this hit show.

After being “brainwashed” by film critics, I watched it all in one go.

Let’s talk about my personal views here, and answer the doubts of a lot of viewers by the way.

If you have enough reading volume, you can probably also find that “Squid Game” is also “plagiarized”.

On the one hand, it “plagiarized” the “kernel” of “Gambling Apocalypse Kaiji” and “LIAR GAME”.

On the other hand, it “plagiarized” the “surface” of “ANIMAL WORLD” and “The Hunger Games”.

At the same time, it also has some “shadows” of “Battle Royale”.

You look at “Snowpiercer” and think you are watching a Hollywood movie.

Many Korean movies tell you nakedly: I am “plagiarizing”, or “imitation”, or “tribute”.

But South Korea’s “plagiarism” method is too clever!

First of all, this kind of “plagiarism” is a means to learn from others, but it is a localized adaptation.

Secondly, South Korea likes to add “seasoning” when “plagiarizing” movies. What is this “seasoning”?

Or action scenes. Such as “New World”, the big scene is better than “Infernal Affairs”, and the ending is handled better.

Or humanity. For example, “Squid Game”, many movies did not use so much “strength” when analyzing human nature. As a result, South Korea directly increased its efforts after “plagiarism”.

Then, when Korean movies “plagiarize”, they always like to carry private goods.

For example, when a character in “Squid Game” reads Du Fu’s poem, he even dared to allude to “the five permanent members of the United Nations”.

For another example, “Snowpiercer” has greatly pleased European and American audiences and so on.

But these “private goods” usually have unexpected effects, almost all of which are bonus items.

Movie output is essentially cultural output, and South Korea is well aware of this.

But sometimes South Korea is clearly “plagiarized”, but because it is “serious”, it is often very confusing, making people feel that this is something “full of Korean flavor”.

Take “Squid Game”, which is popular all over the world, it originally copied works from many countries (mainly Japan).

But they are very confident, so confident that most viewers think that “Squid Game” is an original and original work in Korea.

Taking a look at Rotten Tomatoes, netizens scored 88%. I personally think that this score is relatively objective.

This is inevitably worrying, because under normal circumstances, South Korea successfully “copy” a work, and soon someone from other countries will “copy” them again… 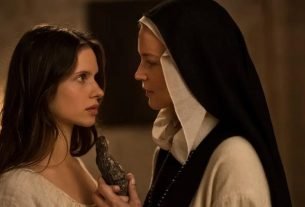