NETFLIX’s popular Korean drama “Squid Game” has set a very high number of viewers, and it can be said to be a hit all over the world!

The humanity test game where a group of people kill each other for super high bonuses and a life-and-death knockout is also popular all over the world again!

Because of the popularity of “Squid Game”, this kind of “battle royale” drama is also driven, and the number of similar programs watched is also rising!

Japan, a country that specializes in shooting “battle royale genres”, almost always has good works appearing every once in a while.

Moreover, they have a wide variety of levels, and the excitement and excitement are even more important.

If “Squid Game” is not enough to watch, then the following 10 battle royale genre Japanese dramas are definitely the best choice for you to pass the time during the holiday, fight wits and courage with the protagonist, and venture through levels!

At the beginning of the new century, a country fell into decline.

The unemployment rate exceeded 15%, the number of unemployed reached 10 million, 800,000 students violated the campus system, and the problem of juvenile delinquency increased.

Adults who had lost confidence had fears of young people, so they passed a bill: “New Century Education Reform Act” (referred to as the BR Act).

The rules of the bill game: from a total of 43,000 third-year middle school students across the country, a random class will be selected to participate in a game of killing each other until only one is left.

Otherwise, kill them all.

The selected class will be sent to the uninhabited island to play the game.

However, he was suddenly involved in massive death threats.

The first level is the “one, two, three, wooden people” who will headshot and die if they act rashly.

In the second level, you must try to put a bell on the huge lucky cat that can beat people into meat patties with one palm.

Seeing the students around him dying tragically in front of him, Shun Takahata mustered up the courage to fight his mysterious opponent.

At the same time, he had to pay attention to the dangerous classmate Tiangu Takeshi and try to survive.

However, every time I pass a level, what stands in front of my eyes is another, more cruel test.

Kaiji Itō, the protagonist, came to Tokyo for 3 years and still had nothing to do, living a depraved life of gambling and drinking with people every day.

Because past colleagues borrowed 300,000 yuan from Di Ai Group at an interest rate of 20% a month.

But one year after his colleague absconded, Kaiji Itō, who was deceived as a guarantee, inexplicably carried a debt of 3.85 million.

In order to repay the debt, Kaiji Itō accepted the invitation of others to board the Espovaru ship and participate in the limited-time gambling game.

College student Nao Kanzaki was involved in a one-on-one battle for 100 million yen.

If she can’t win this game that relies on deceiving her opponent to win, she will be burdened with a large amount of debt.

Nao Kanzaki, who felt a headache about this matter, met the fraudster Shunichi Akiyama and asked him for help.

“Lesson of the Evil” (悪の教典)

Seiji Hasumi is an English teacher in Chenguang Machida. He is very popular among students and is also quite popular among teachers.

But he actually has anti-social personality disorder. He will kill the people he believes will hinder him, or he will set up a bureau so that his goal has no place in the school.

After seeing all kinds of distorted behavior incidents such as campus bullying, exam cheating, monster parents, sexual harassment, and social assistance, his dark side gradually expanded.

He decided to pick up a shotgun the night before the campus cultural festival and carry out a brutal cold-blooded massacre on the whole class.

“The Werewolf Game: The Villagers Side” series (人狼ゲーム)

Airi Nishina, a female high school student, was in a coma with her friends after school.

Airi Nishina woke up and found that in addition to herself and her friends, there were also 8 high school students who had compulsorily joined a man-wolf game facing the test of life and death.

Are the above 6 classic Battle Royale Japanese dramas still not enough?

So let’s take 4 more for everyone!

Although film critics usually give negative reviews on the following 4 reviews, they are definitely enough to satisfy the public in terms of stimulating blood and gore!

Although it is considered to be the lightest one among the “heavy flavors”!

But besides Tatsuya Fujiwara, there are Haruka Ayase and Satomi Ishihara, it’s worth being cheated for a while!

Ten men and women came to a mysterious mansion “Dark Ghost Mansion” in order to obtain a huge bonus for a super-paid part-time job.

This part-time job is to participate in a “seven-day psychological experiment” game. The experimental rules are quite simple, as long as they solve the “illogical events” they experienced.

This game is a collection of human psychological experiments.

If someone succeeds, they will realize their dream and become a multi-millionaire within 7 days.

However, what awaits them in this mysterious house is not a sweet dream, but the most terrifying nightmare.

One day, everyone in the class received a text message from the “king” of an unbreakable order.

At first it was just a normal order, and everyone executed it as a joke.

However, the order gradually escalated and evolved into a gambling game.

Those who do not obey the order die!

The boundless fear began to corrode the friendship between the students, and also tested everyone’s humanity.

Although the previous opening was bloody and stunning, the levels were not new enough, and the plots and puzzle solving afterwards were dubbed “Resident Evil” by everyone.

So the ending is not recommended…

The story describes that one day before the cultural festival, the teacher played a CD with suicide hypnotic signals, and 36 students in the class fell into a suicide crisis.

While finding the signal to avoid suicidal behavior, they are also looking for a way to relieve hypnosis.

Although starring Kanna Hashimoto of “One Encounter in a Thousand Years”, whether it is the depth or the cruelty of the setting, there is a sense of childishness, and Hashimoto and the bloody scenes are the highlights.

While traveling outside of school, the bus on which the schoolgirl Mitsuko was riding was suddenly cut into two sections by a gust of wind.

Mitsuko just leaned over to pick up something and survived the disaster, but Aki and other partners were all cut off from the upper body.

Panicked, Mitsuko ran across the road, witnessing the tragedy of countless people being killed by the mysterious wind along the way.

Suddenly, she seemed to be in the time before the disaster. Mitsuko and Aki, who were still in shock, went to school together. Unexpectedly, the massacre of high school girls ensued.

In fact, it is not just Japanese dramas, animations and light novels also have more similar themes!

There are so many different ways to play! 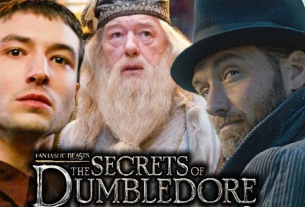 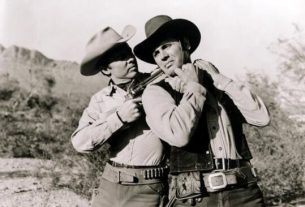