Iron Man experienced a death in both movies and comics. In the movie, Iron Man put on Infinity Gloves and snapped his fingers in “Avengers: Endgame”, then was backlashed by Infinity Gems and died after being seriously injured. In the comics, Iron Man has also died many times. The most famous one is a battle with Captain Marvel, but Iron Man is not really dead. In the Avengers “Civil War 2”, he was beaten into a vegetable by Captain Marvel.

Iron Man has always been the most popular superhero in the Marvel movie universe, and it has always been the box office guarantee for Marvel movies. Although Iron Man has only three independent films, as long as there are other movies with Iron Man, the box office is basically not too bad. Before “Avengers 4” was released, no one thought that Marvel would start with Iron Man, but after the movie was released, the two most popular male/female superheroes in Marvel movies, Iron Man and Black Widow, received their lunch.

At the end of the “Avengers4” movie, after Iron Man snatched the infinite gem from Thanos, Doctor Strange watched Iron Man raised his index finger. After seeing Iron Man, he said “I am Iron Man” and snapped his fingers. In an instant, half of Iron Man’s body was gone. Little Pepper and War Machine ran over to see Iron Man. Iron Man’s intelligent assistant “Friday” said he was no longer able to do so, and then Hawkeye and Captain Marvel beside him , Dr. Strange and other superheroes all knelt down on one knee, paying tribute to Iron Man for saving the universe. It is estimated that the movie universe will not be revived.

However, the “Beast” of the X-Men said that Iron Man did experiments on his body a few years ago. This kind of experiment is beyond current scientific knowledge, so Iron Man was able to sustain Iron Man’s life, but he might never wake up. Come.

Later, Iron Man’s experiments on his body were revealed. He digitized his thoughts and then made backups. This is equivalent to copying a “brain” and turning it into artificial intelligence. In addition, Iron Man is also transforming at the DNA level. Upgraded his body, so he was able to continue his life after suffering a blow from Captain Marvel.

After turning into a vegetative body, the body undergoes a slow “recovery” process. After waking up, Iron Man has no hairs all over his body. In the 599th issue of “Invincible Iron Man”, he officially returns, but after the return, Iron Man “the body is brand new Yes, the mind is backed up. So is this brand new “Iron Man” really an “Iron Man”? 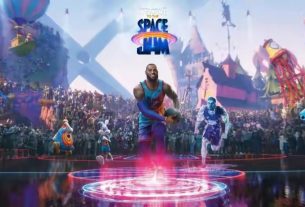 Is Princess Diana’s life splendid or bleak? The trailer of “Spencer” has already tell us the answer