Before the official release of “Once Upon A Time In Hollywood”, Quentin worked with Sony Pictures to personally select 10 films for screening on Sony’s film channel.

These 10 movies have all influenced Quentin’s “Once Upon A Time In Hollywood”. The following is a list of films, welcome to collect!

In addition, it is worth mentioning that this film, like “Bob & Carol & Ted & Alice”, was taken by Charles Lang.

Speaking of one of the most important movies in the 1960s, I believe “Easy Rider” is definitely on the list.

American director Dennis Hopper became famous because of this film, and is regarded as a masterpiece that laid the foundation for the new Hollywood movement in the 1970s.

Starring Peter Fonda and Jack Nicholson, this work tells the story of two riders traveling through the southwestern United States. It is regarded as an existential road movie full of doubts, rebellion and tragedy.

At that time, the cost was less than 500,000 US dollars and sold 60 million US dollars in box office around the world.

Quentin wrote Leonardo in “Once Upon A Time In Hollywood” as an actor with a Western TV series as the protagonist.

Audie Murphy was originally a retired veteran, but was later excavated to star in a movie and gradually became a popular actor.

This work is also a western movie highly recommended by Quentin.

Similar to Dennis Hopper’s “Easy Rider”, this comedy film directed by (Richard Rush) in 1970 further established the era of the new Hollywood movement, and can even be said to completely change the film industry.

The story focuses on student political movements, demonstrations and marches. In this film, you can also see the still young Harrison Ford.

Related Post:“Once Upon A Time In Hollywood” novels will be officially on sale.

This film is the fourth part of the popular superintelligence McHan film series from the 60s to the 70s. The story focuses on McHan’s mission to rescue the world economic crisis.

Because this movie is the last movie starring actress Sharon Tate before being murdered by the Manson family.

Considering that Margroby played Sharon Tate in “Once Upon A Time In Hollywood” and has a very important role.

So Quentin recommends watching Sharon Tate in “The Wrecking Crew” before watching “Once Upon A Time In Hollywood”.

Although this movie is not that popular, the shadow of Demi’s previous works can be seen in this film.

Such as Lola, Bay of Angels and The Umbrellas of Cherbourg.

Although Quentin’s films for “Once Upon A Time In Hollywood” are almost all American films, they were selected for the British spy thriller “Hammerhead”.

The story describes the terrorist plan of the British Intelligence Agency intercepted by the “hammerhead”, which may steal a new nuclear weapon developed by NATO.

So American agent Charles was sent to investigate in depth, hoping to stop the “hammerhead” project.

In the 1960s, Vincent Edward played the leading role in the ABC TV series “Ben Casey” and then turned to the development of the film industry. This context also became the inspiration for the role of Leonardo in “Once Upon A Time In Hollywood”.

This film is a western film directed by American director Phil Karlson.

The story describes a rich and powerful rancher who always protects his erring son by paying compensation and bribing witnesses.

However, one day his crime was too serious to continue to cover up, which led to a series of moral discussions and action scenes.

A war movie directed by American director Paul Wendkos. The story revolves around a group of American soldiers on submarines.

They were imprisoned by the Japanese during World War II, but the group of soldiers escaped in time and provided important information to the Allied forces before the war began.

The protagonist of this film is played by Hollywood star Cliff Robertson. His career spans television and movies. In 1969, he won the Oscar winner for “Charly”.

The above is a list of 10 movies recommended by director Quentin, remember to collect them. 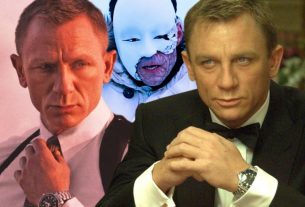 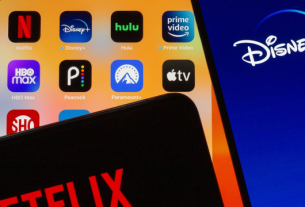 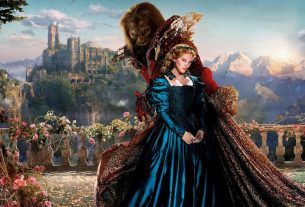